A. The verbs to make the sentences. Remember Complex Object (I, II, III)

a. stop
b. stopping

a. taking
b. take

a. to marry
b. marrying

a. learn
b. learning

a. mention
b. to mention
c. mentioning

a. listen
b. to listen
c. listening

a. protect
b. to protect
c. protecting

a. strike
b. to strike
c. striking

D. Read the text below and express your own attitude.

The big news of the week

If you live in Britain, the main news story of the week is the birth of the new prince, son of Prince William and Kate Middleton, the Duke and Duchess of Cambridge. Here they are in the picture, holding their newborn baby. 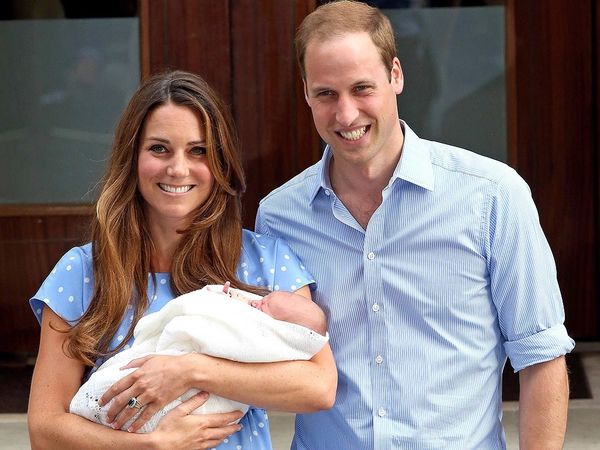 He was born on Monday 22nd July 2013, and is now third in line to the British throne. This means that he will be King after 2 other people, his father (Prince William) and his grandfather (Prince Charles.)

It used to be the case that only the first male child would become the Monarch, and there would only be a new Queen if their was no male child to become King. However, recently Parliament changed the Law of Succession, so that William and Kate’s first child would be in the same position even if they had a girl.

But will the new prince ever become King at all? What will the world we like in 50 or 60 years and will Britain still have a monarchy at that time? Currently, the Queen is our Head of State, as we have no elected President, but she does not have much actual power. Some people in Britain would prefer us to become a republic, with a President, instead of keeping our current Constitutional Monarchy, the current British political system.

Our Royal family has had a lot of attention in the last few years – first there was the Royal Wedding of William and Kate in 2011, then in 2012 there was the Queen’s Diamond Jubilee, where she celebrated 60 years as Queen and even had a huge rock concert at Buckingham Palace, and now in 2013 we have the birth of the new Prince.

The Royal Family must be very happy with all this publicity, because at times in the past they have been much less popular than they are now. I know the idea of a Royal family is not in step with ideas about equality of opportunity, and the idea of inherited power is not at all fair, but I think that on the whole the current Royal family is quite a good thing for Britain. What do you think?